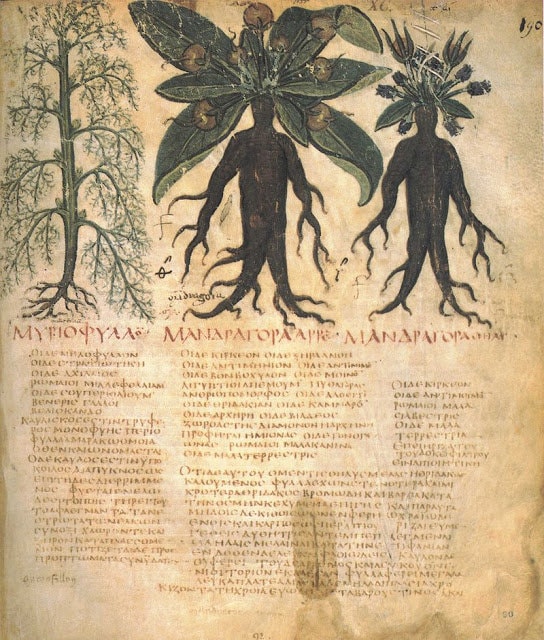 Folk Medicine is wide area where knowledge coexists with some magical premises, as people believed that the causes of diseases, apart from natural ones, could also be of magical and demonic origin, which resulted from the magic-religious interpretation of the world. Considering it in this context we can simply talk about healing magic. Magical treatments were used next to treatments with the use of herbs and animal remedies and they were often combined with each other. Apart from magical part of those beliefs, it is suprising that much of the knowledge about plants is still valid.

Pchytotherapy is a term referring to the use of various parts of plants for medical purposes: seeds, berries, roots, leaves, bark or flowers. Knowledge about the unusual properties of herbal plants was transmitted from generation to generation, and only in a narrow circle.  Treatment with herbs was shrouded in mystery, and many of the magical and ceremonial practices accompanied the healing practices.

In folk medicine, the function of the doctors was performed by the witch doctors, midwives, grandmothers who knew about herbs. In archaic cultures this function was performed by witches, shamans, and augurs.  Many folk therapists, in addition to magical activities, applied measures resulting from the observation and experience of many generations, therefore, in the absence of access to medicine, their activities were necessary and important.

Witchers strengthened their actions by giving it a sacral character. Women dealing with herbal medicine sometimes were accused of having contact with the devil and was therefore accused of witchcraft. Not all women dealing with healing were identified with witches. The so-called "crones" (in slavic "babki") were respected by the inhabitants of the village. They were usually older women who knew about herbs and acted as rural midwives. 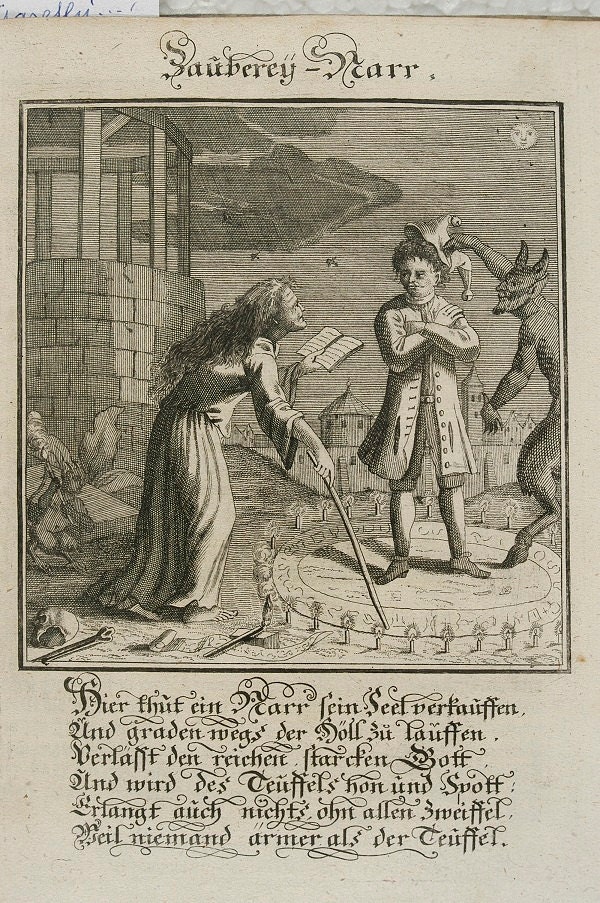 Herbs were helpful in treating any disease. They were used to heal wounds (like as example mugwort), for colds, stomach discomfort, or pain relief.  The most used ones were clover, pigweed, nettle, blueberries, chamomile, wormwood, burdock, hemlock, sage, horseradish, yarrow, elderflower, oak bark.  It's ross out the achievements left by our ancestors.amazing that their use is also popular today! As we can see, you can not cross out the achievements left by our ancestors. 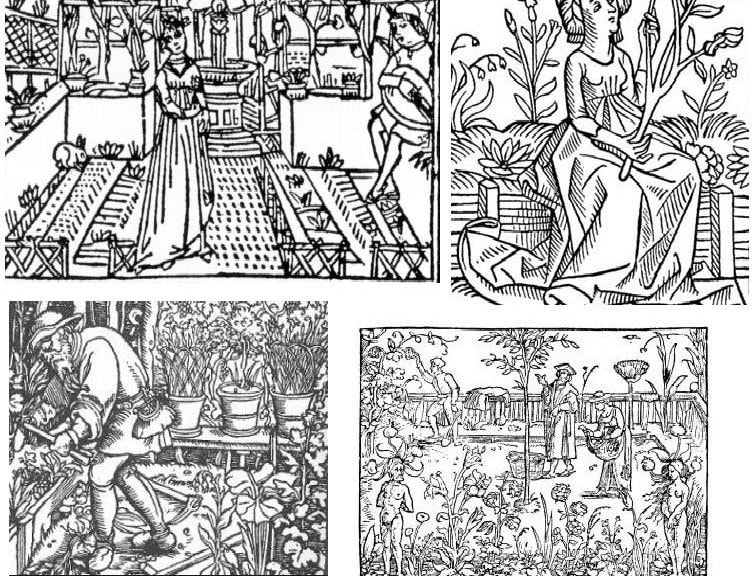 Modern professional medicine uses rational branch of folk medicine, from which, for example, phytotherapy, apitherapy and relaxation therapy were taken over. Rational folk medicine is often used in methods of treatment as part of evidence-based medicine.

Plants and herbs have also been used for beauty care as proven remedies for many skin problems thanks to their amazing properties and abundance of active ingredients.

Our products in Threee Witches are packed with plant and herbal extract,infusions, natural oils and herbal waters.  We charm the magical properties of herbs in the highest quality products that help preserve the health and youthfulness of the skin. As the witches do ! 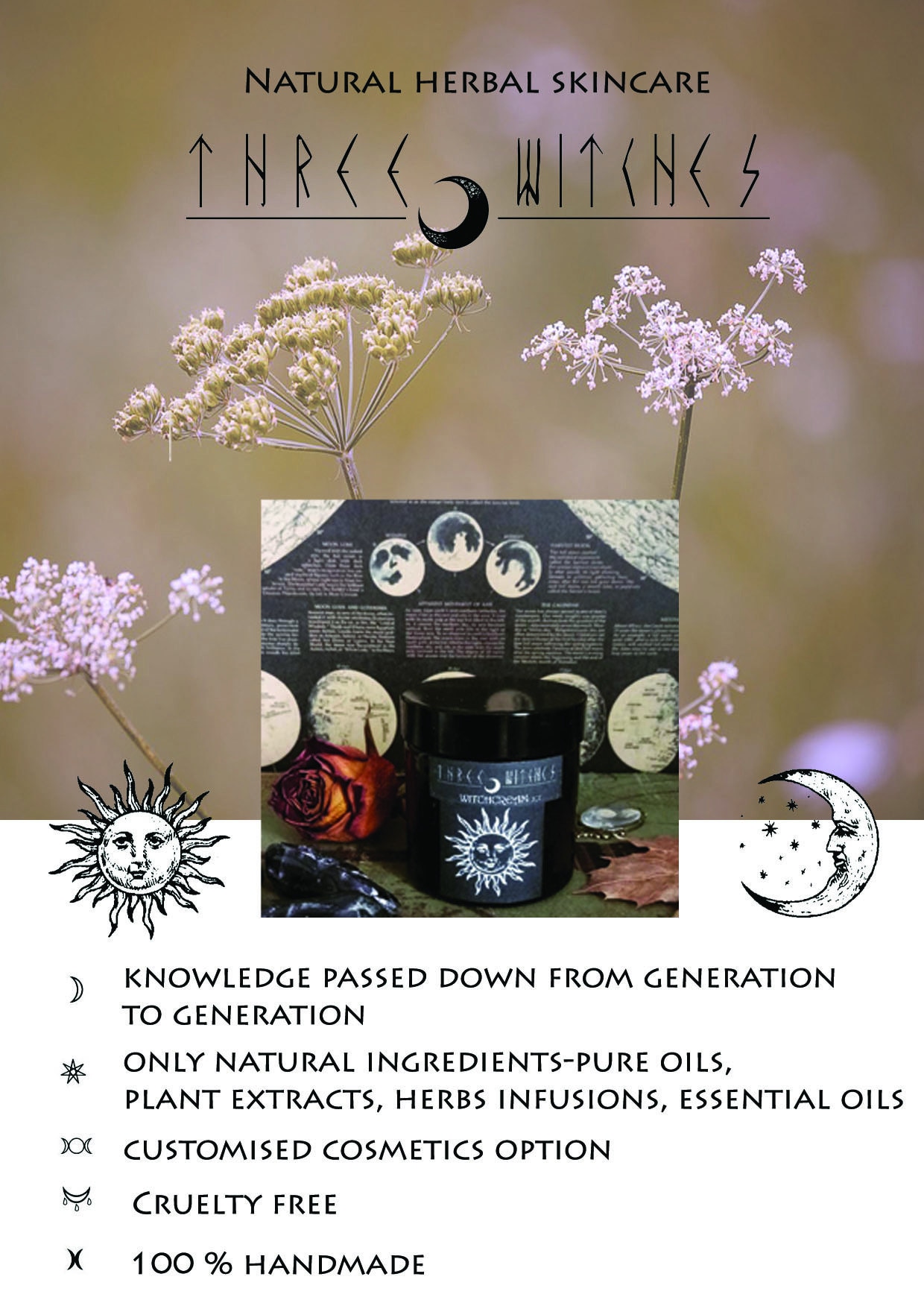 Previous Post Godess Rosemary
Next Post Prelude to Veneficium: nightshades and poison magic (I)
0 items in your cart